A day on the PCT in Mount Hood 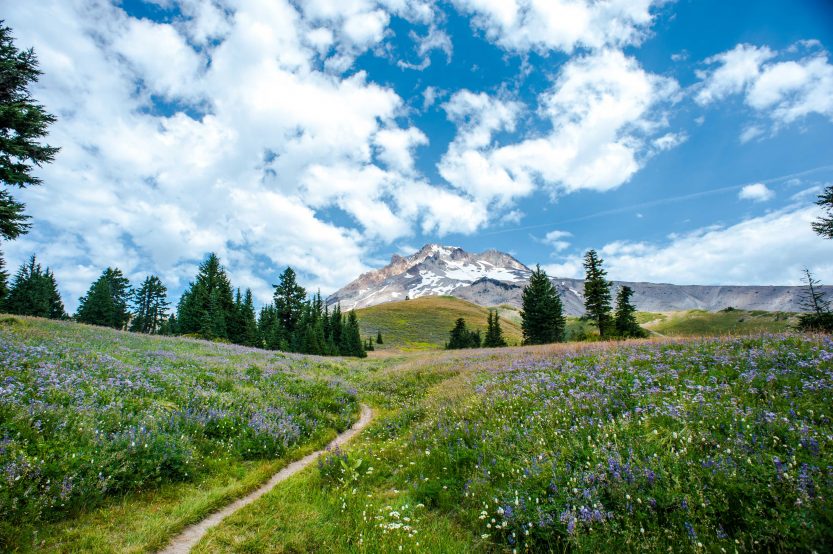 Looking up at Mount Hood was daunting, to say the least. I was feeling sick in my stomach and yet pumped to spend the day on the Pacific Crest Trail. A mixed bag of feelings really, almost to a point I didn’t want to go, but I knew I would regret it. Serious hikers belonged on this trail, and I for one did not feel prepared for what was ahead and two, actually there was no two. See overwhelmed entirely, that I can’t remember the second reason.

It was my idea to do this. I had dreamt of walking in the shoes of Cheryl Strayed, but my mind played games with me, and my confidence dropped as I kept reminding myself it was graded hard.

Route Type: Out and Back

We park the car at Timberline Lodge, its 9 am and the sun is already beaming down. We are hiking to Paradise Peak today, known for its wildflowers and majestic views. As we got out the car skiers were preparing to hit the mountain, I could not get over this as it was summer but snow on Mount Hood.

As soon as you leave the lodge and start approaching the trail for Paradise Park, you are met with a PCT sign stating that there is Canada 550 and Mexico 2108 miles.

The start of the trail is gradual, it is relatively flat, and we are surrounded by dense pine trees while walking through sand, and then it thins out to rocky conditions. We can still see the mountain at its finest with many opportunities with clearings that show off the peak with beds of wildflowers making the mountain shine. There are multiple areas were exposed to the hot sun, and there are just rocks surrounding us. 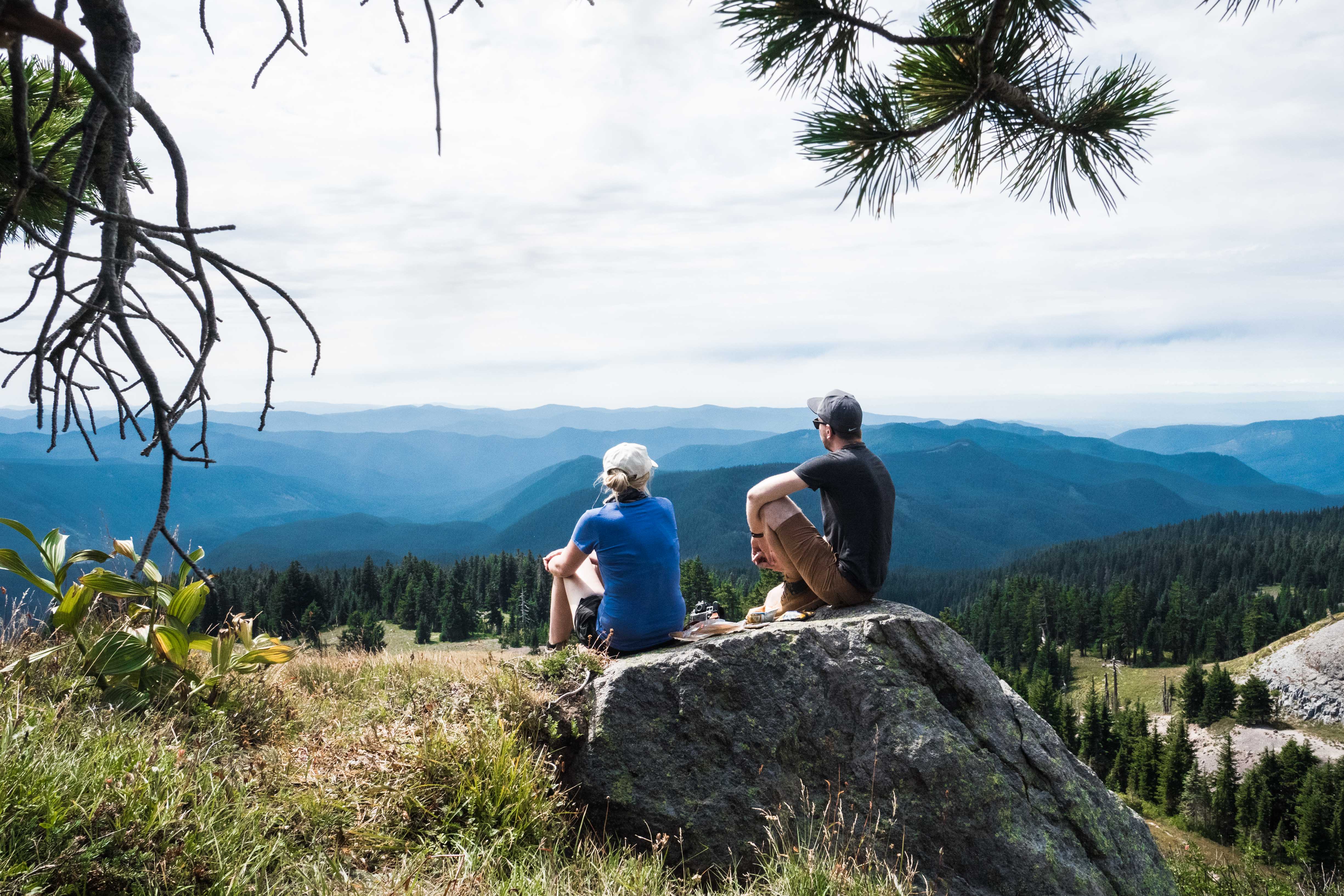 There are river crossings that were manageable over Cascade River at this time of year. A few people stop for lunch at Cascade river. As it is kind of halfway. Here at CascadeRiver, is the last opportunity to fill up your water on the trail.

The trail is constant with a couple of worn-out hikers, but surprisingly most hikers on the trail were day hikers or multi-day, it was school holidays when we were there. There are the paradise loop and a paradise trail – don’t get confused. Multiple couples were looking confused at the intersection about which way to go. 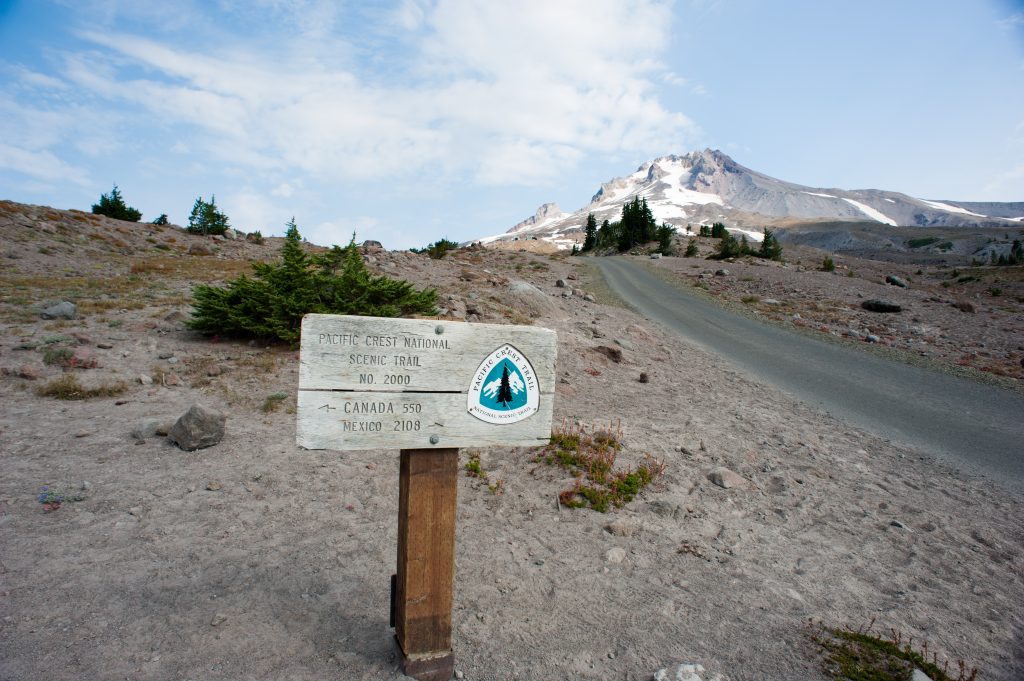 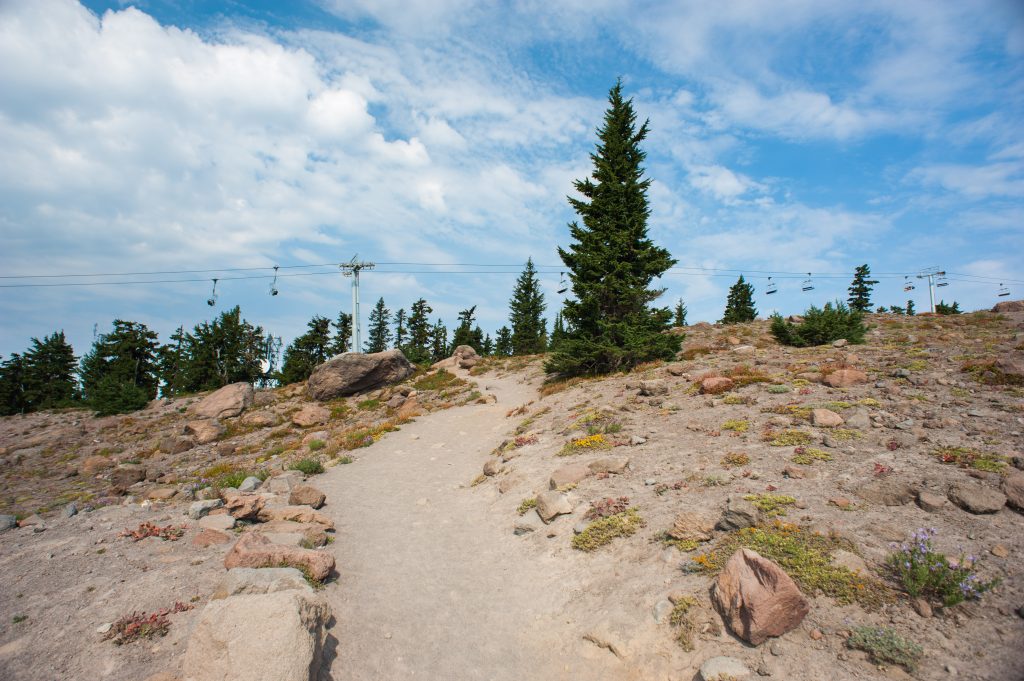 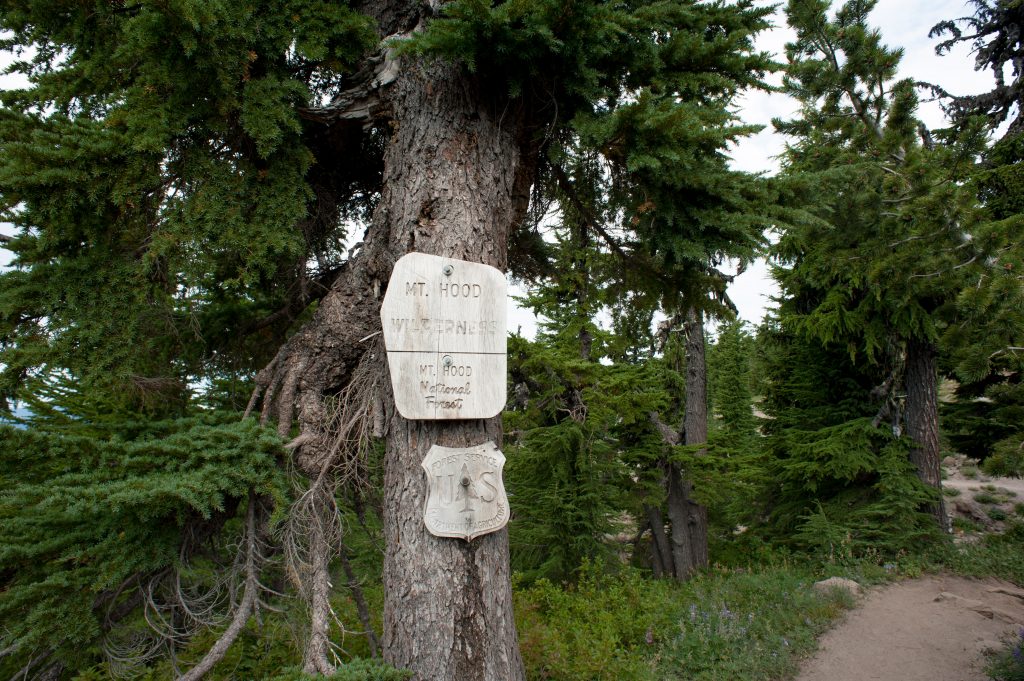 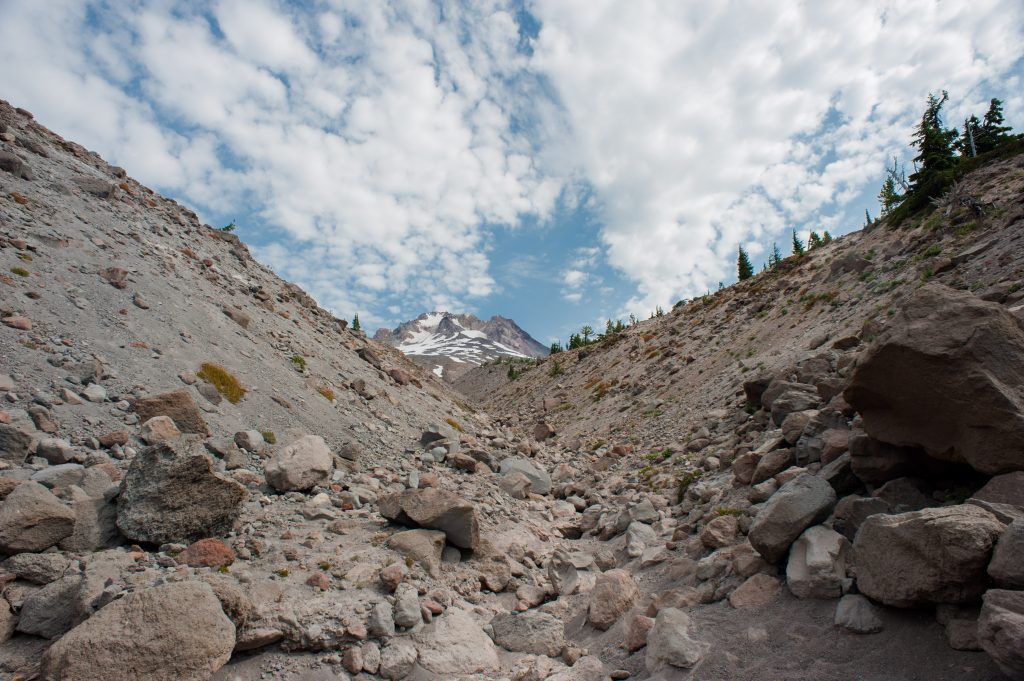 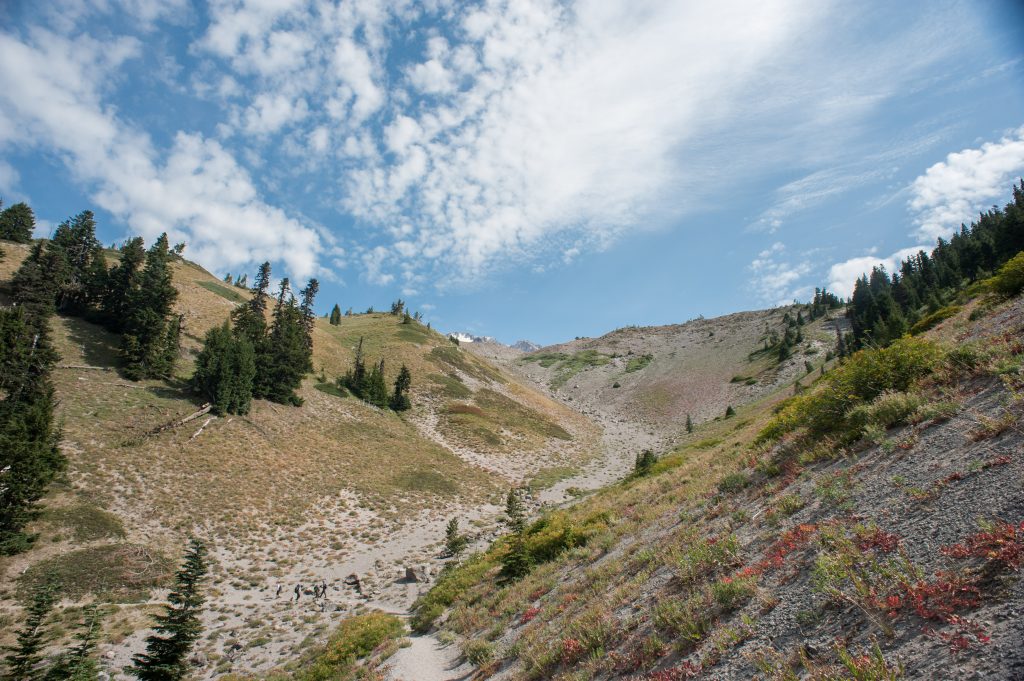 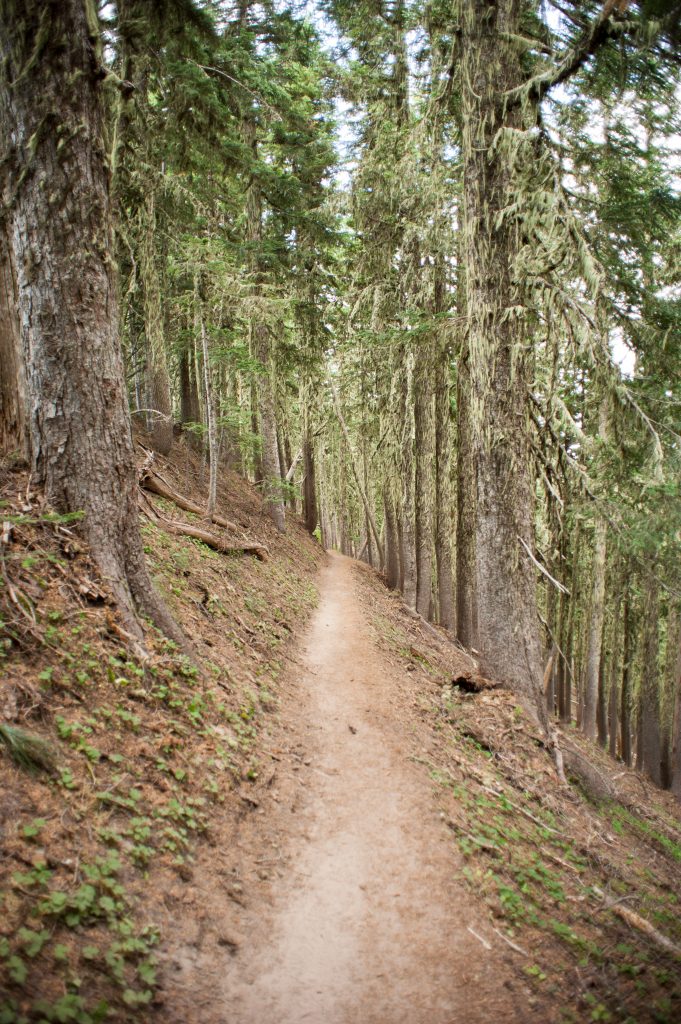 The Paradise Park is a straight up ascent which you wade through meadows of wildflowers for around 20 minutes at a time. Then the narrow trail will take you through fields and then again through more wildflowers. There are so many insects – march fly, bees all feeding off the wildflowers. Make sure you have insect repellent on.

One of the parts of the PCT was declared as not passable due to fallen down trees and recent fires. We actually took this section on the return leg, and there were a few obstacles of climbing over fallen trees and roots which made it a little unusual with packs on.

There is something about the PCT. The legacy, maybe? The challenge? It had me quite emotional. It may have been the privilege to be able to participate in one of the most magnificent trails in the world or just the achievement of walking the same path as my heroes. When seeing Timberline Lodge in the distance, there I was, crying to myself, not upset, just having a moment where I had seen amazing sites, feeling exhausted but a sense of satisfaction had been gained. 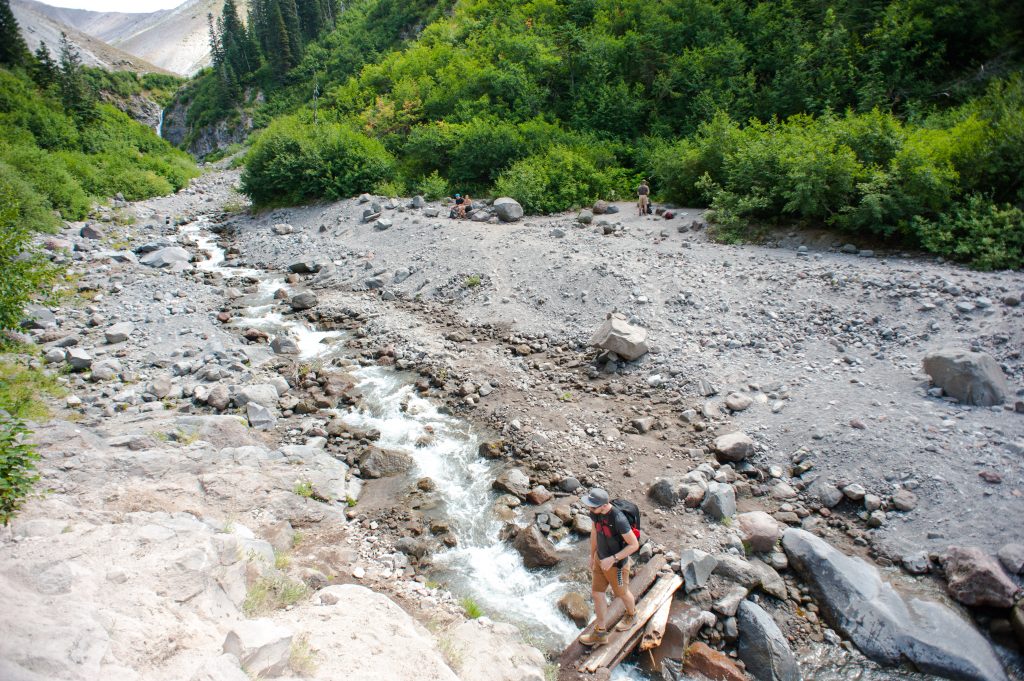 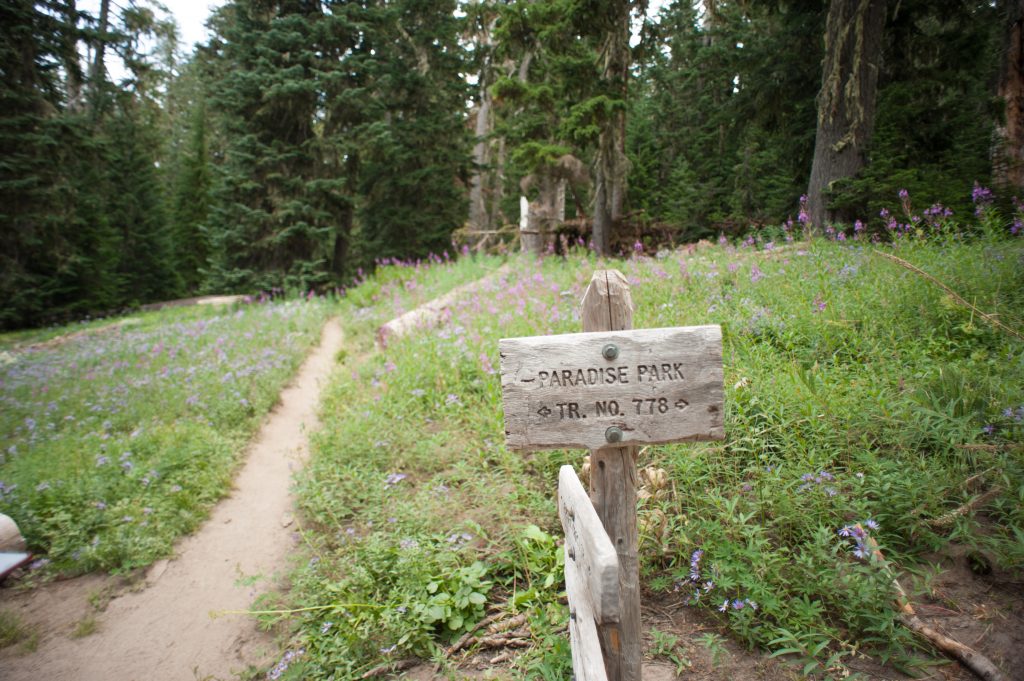 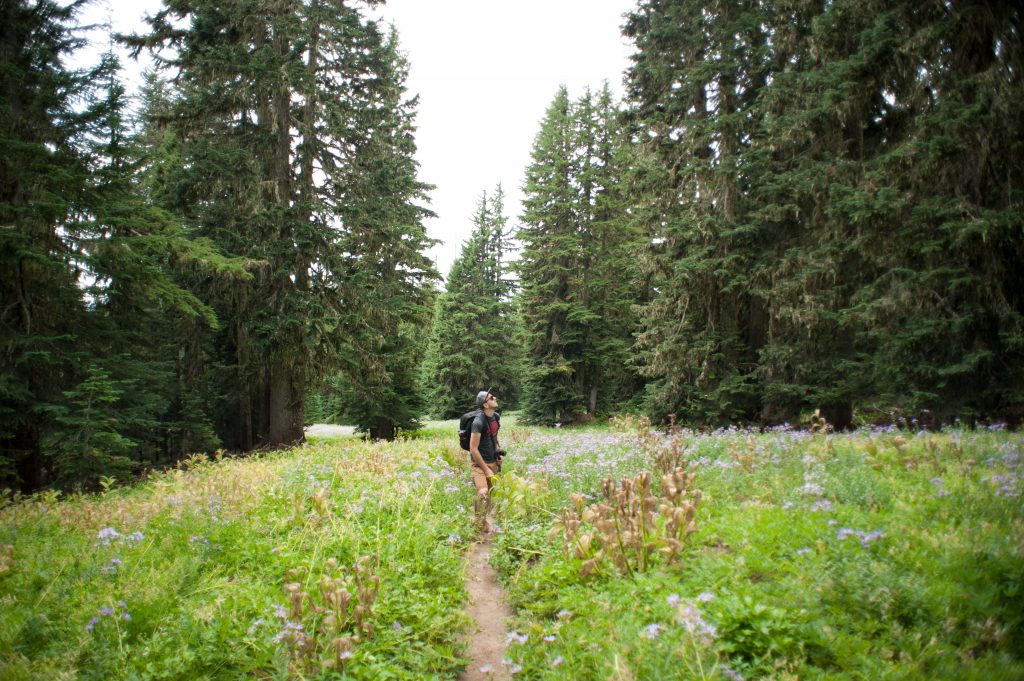 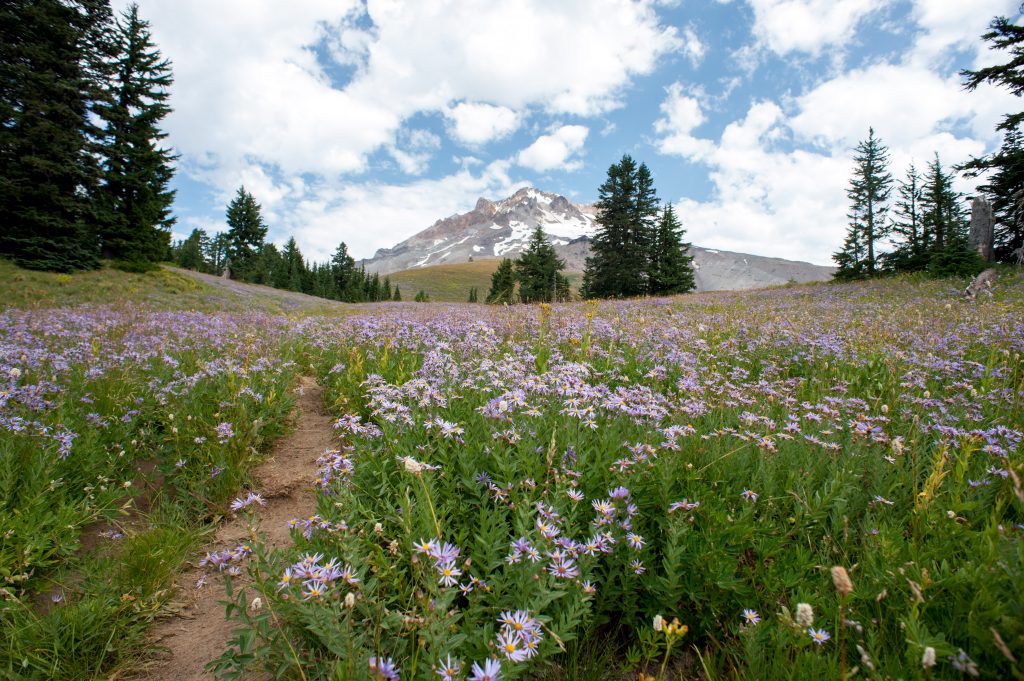 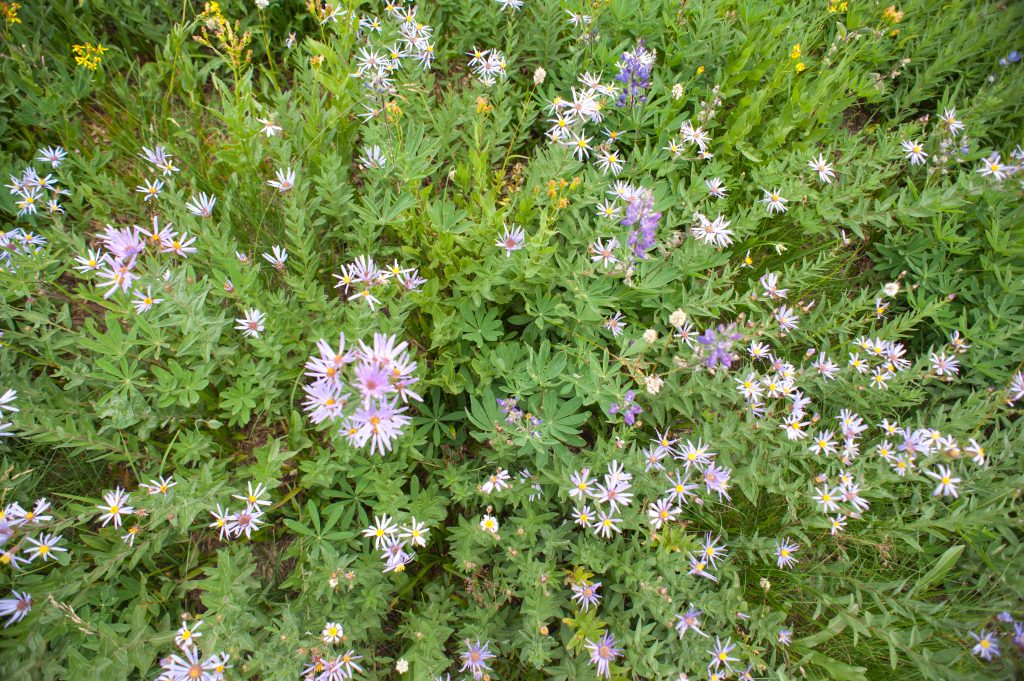 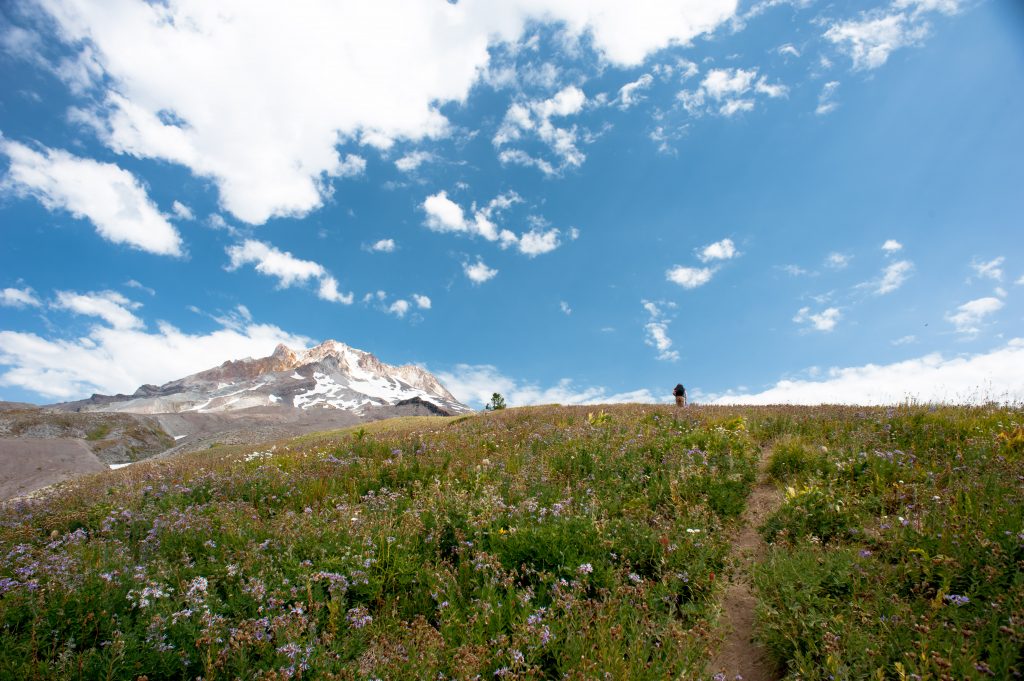 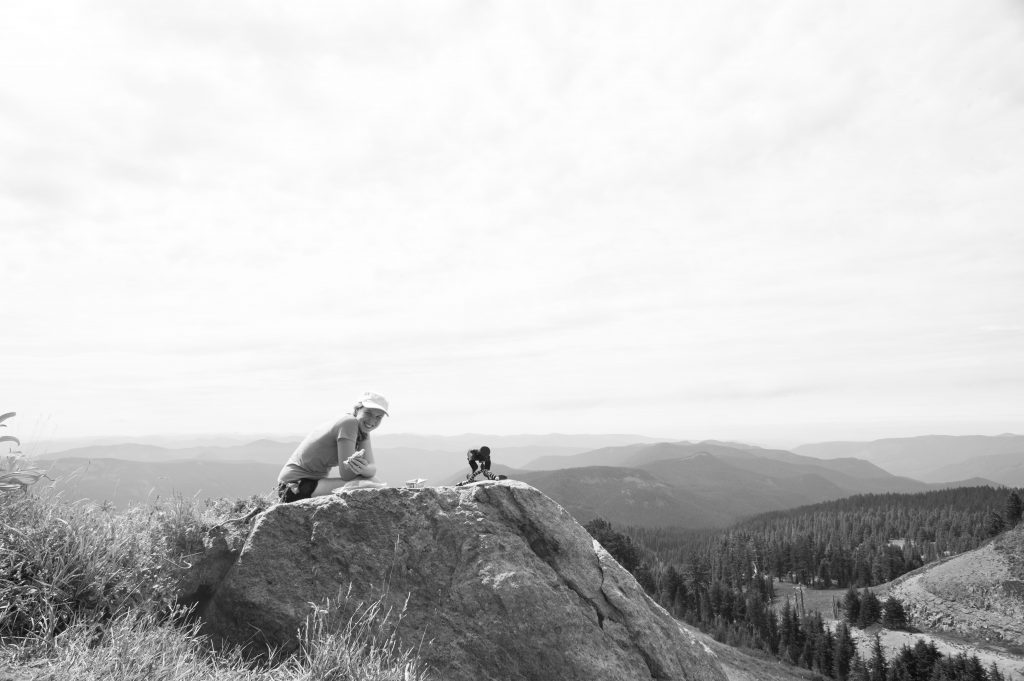 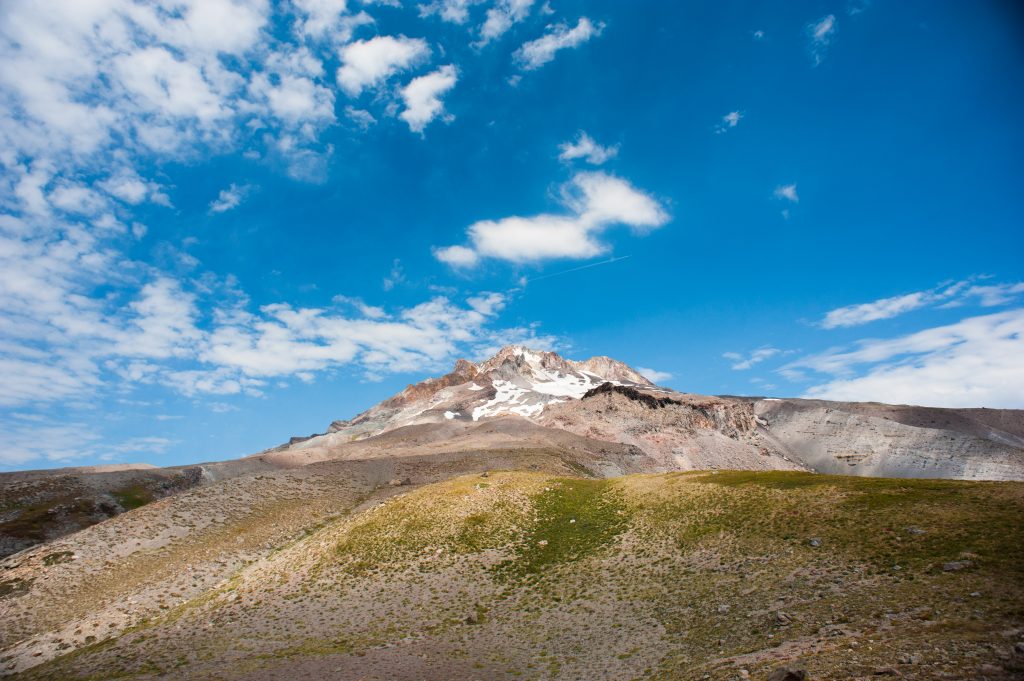 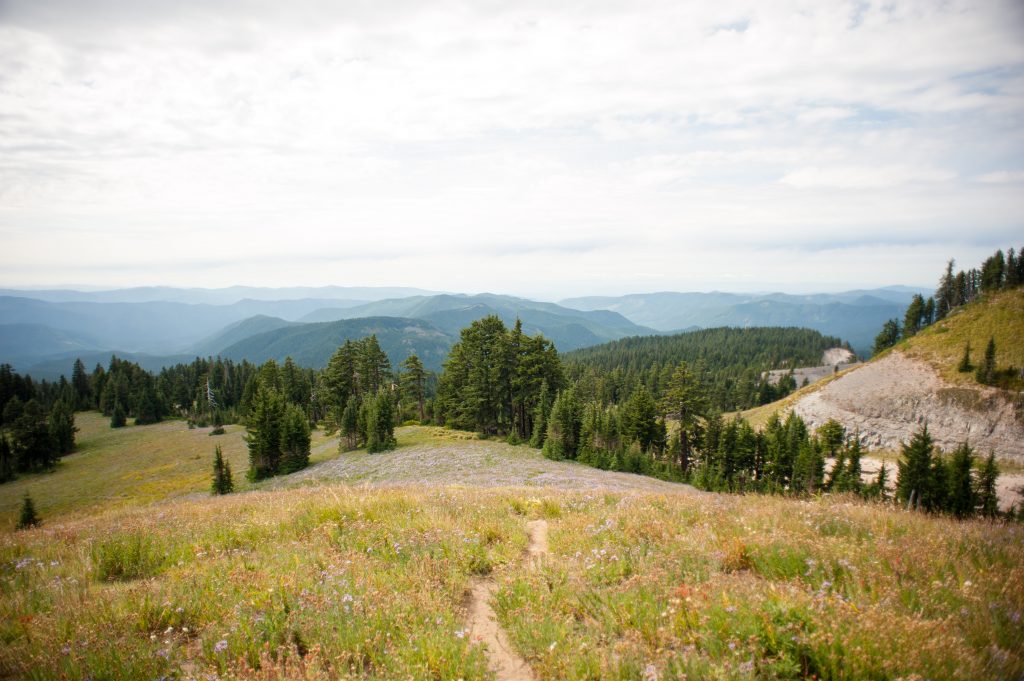 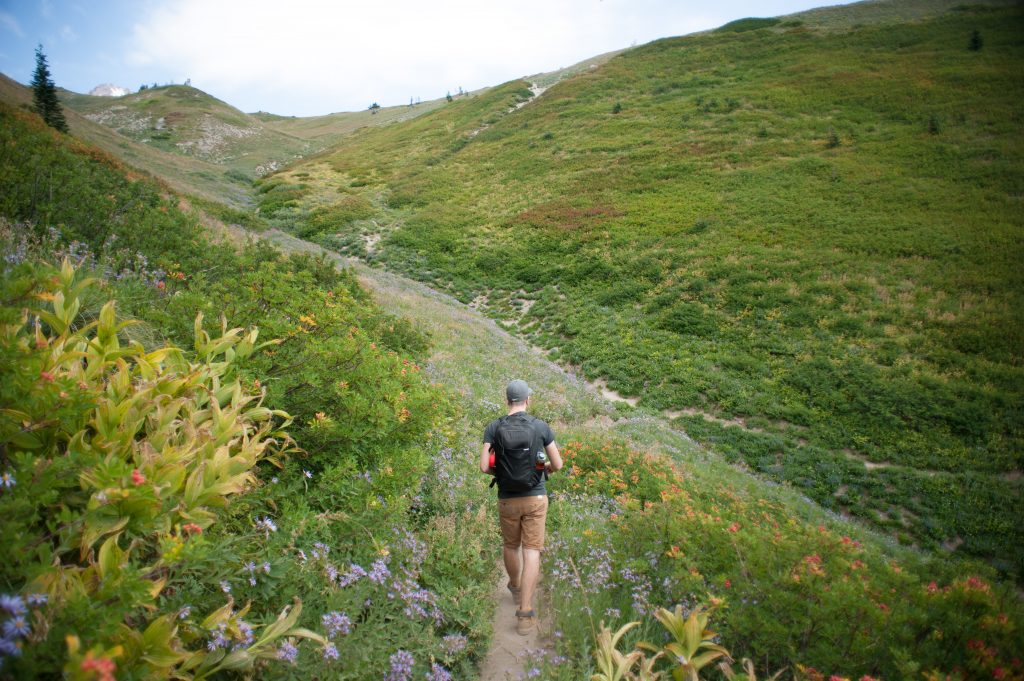 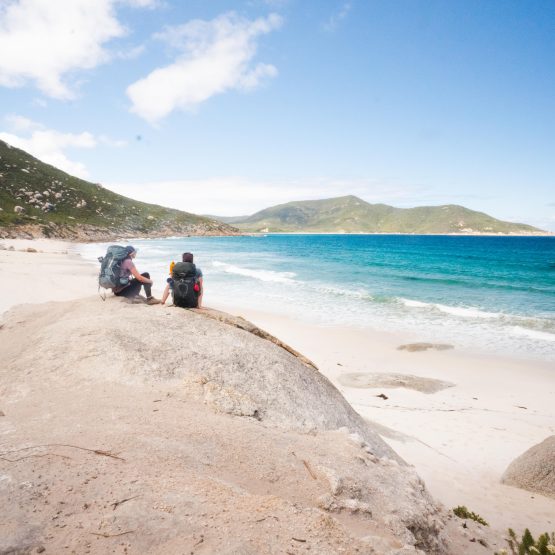 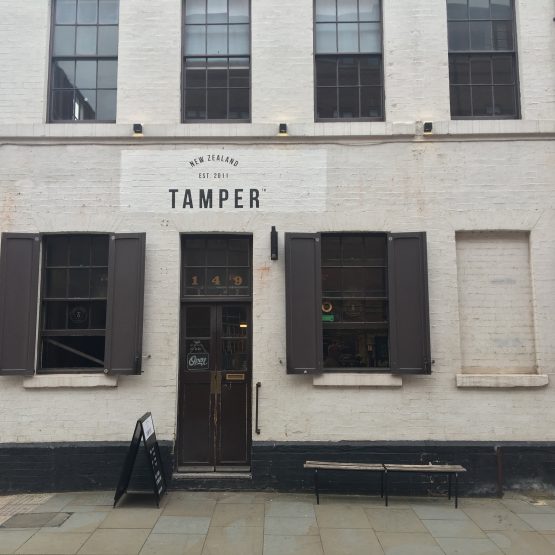 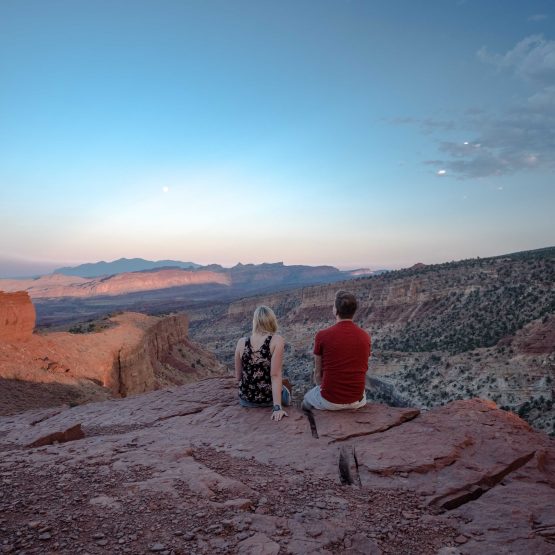 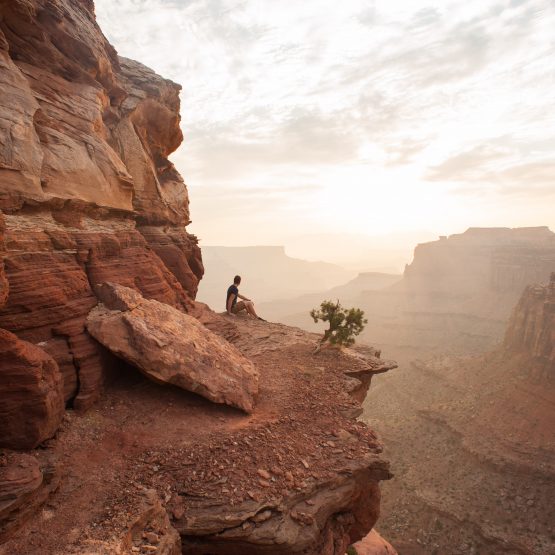